This was actually sewn over a year (maybe even two) ago, but after wearing it once I decided I didn't like it. So it hung, wrinkled from the dryer and dejected in my closet... until recently. I've gained weight in the last two months and needed more roomy tops for work. This now actually looks decent on me, haha! I'm thinking of making more. 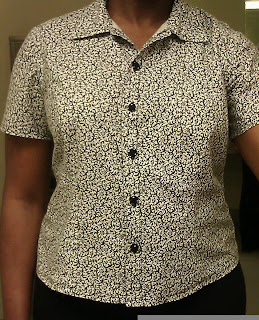 I used a quilting cotton from Joann's which is holding up well and irons beautifully. 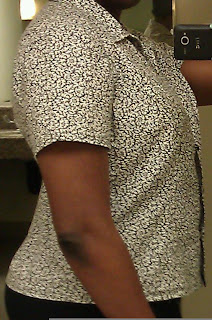 The back needs some work, but I'm fine with it for now. 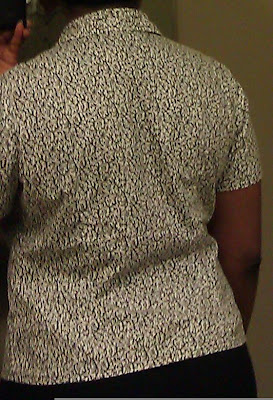 I previously made tops from this pattern twice, but those were the crossover versions. This was the first button-down version. I have to say, I liked being able to choose where my buttons would go.

The buttons are also covered buttons made using a black and white polka-dot fabric. 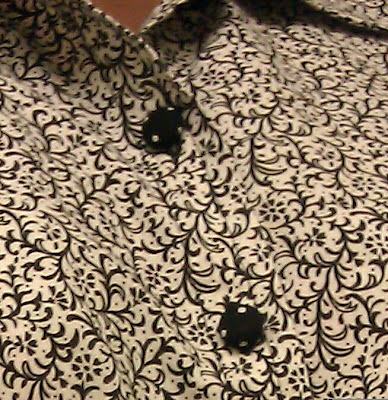 I really am trying to get back into the sewing spirit. I have so many ideas and patterns, just need to turn that potential into reality. Have a great day all!